It’s is popular for the Ramanathaswamy Temple, a Hindu pilgrimage site with decorated corridors, huge sculpted pillars and sacred water tanks. Devotees bathe in the waters of Agni Theertham, off the beach east of the temple. Gandamadana Parvatham is a hill with island views. A chakra (wheel) here is said to bear an imprint of Lord Rama’s feet.

A small island, popularly known as the “Varanasi of the South” is located in the southern part of Tamilnadu, at the tip of Indian peninsula and Gulf of Mannar. Away from Srilanka by just 35 miles, this place is a symbol for communal harmony. The first sea railway bridge, “Pamban bridge” connects to the island to the mainland. It is believed that Lord Rama built the bridge across the sea to rescue his consort Sita, from her abductor, Ravana. The presiding deity is the Linga of Sri Ranganatha, which happens to be one of the twelve Jyotirlingas of India. Hindus consider the visit to Rameswaram as momentous. Major places around is Danushkodi, Thangachimadam and Pamban. Popular tourist attractions in Rameshwaram are Agniteertham, Gandhamadhana Parvatam, Sri Ramanathaswamy Temple, Five-laced Hanuman Temple and St.James church. The bounteous sea inhabits the rare sea species and coral reefs. 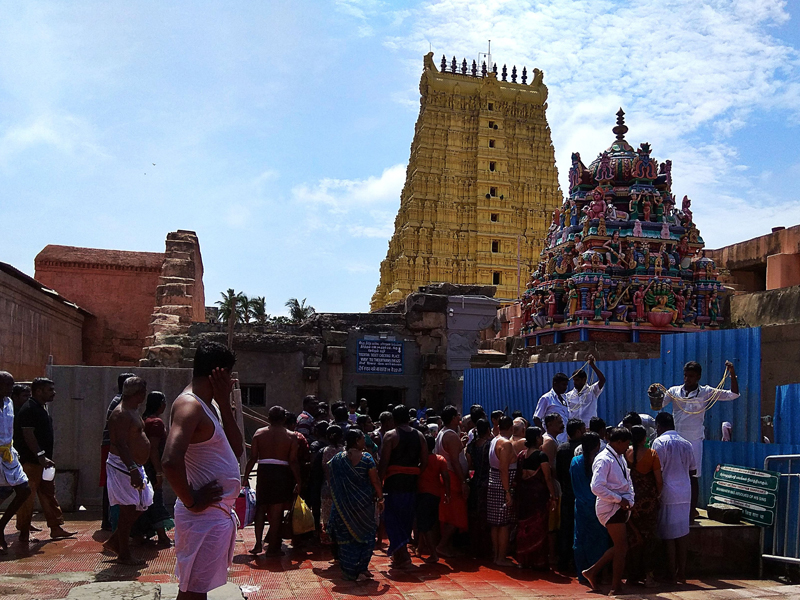