Though Nagapatitnam is a small district, it has lots of places to visit, few among them are.

Nellukadai Mariamman temple is one of the famous temples located at Nagapattinam, Tamilnadu. The speciality of this temple is that, it was built by a rice trader, in whose dream Goddess Mariamman appeared and asked to raise a temple for her. The Mariamman thiruvizha that take place at this temple every year is very famous among the locals and many devotees throng here during that time to seek the blessings of Goddess Mariamman.

Kodiakkarai Beach is a prominent tourist destination at Nagapattinam. This beach is flanked by Palk Straits on the South and Bay of Bengal on the East. This beach is also known as the Point Calimere. This beach is a great place to hang out with family and friends. The ambiance here is truly relaxing and serene.

This epic temple is situated in the centre of Nagapattinam. This temple is dedicated to Lord Vishnu and the idol here is known by the name of Soundaryarajan. The main deity at this temple is Naagai Azhagiyar. The peculiarity of this temple is that all the idols are adorned by emerald and gold. The architectural beauty of Rajagopuram is 70ft tall intricately carved out. The other attractions of the temple include the source of holy water Soundarya Pushkaranj and Vasantha Mandapam.

The Dutch fort is a notable tourist destination at Tranquebar. This hoary fort was built during the 17th century and is located at a driving distance from Nagapattinam. This fort is a perfect example of ancient Danish structure that was constructed in the year 1620. The intricate architecture of this fort will amaze everyone.

Sikkal Singaravelar temple is a famous Lord Murugan temple. The lore has it that this is the place where Lord Muruga received his divine Vel (weapon) from Goddess Parvathi his mother. The prime deity at this temple is known by the name of Singaravelar.

The world famous Velankanni church is situated near Nagapattinam. This church is hailed as the most famous church in India. People from many parts of the world come here to seek the blessing of Lord Mary. 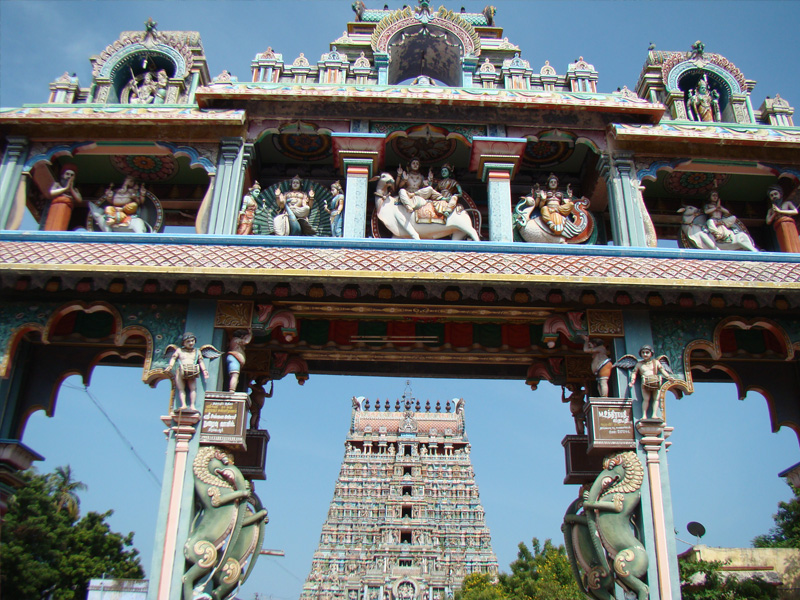