Madurai has lots of amazing places to visit. Starting from the ancient Meenakshi Amman temple to the modern Vishal mall, Madurai serves the interests of all kinds of tourist and travellers.

Meenakshi Amman Temple is one of the temples which are hailed all over the world. This mind-blowing temple demands a second visit and the sculptures are so mesmerizing that they will make our eye balls glued to them. This marvellous piece of art is dedicated to Goddess Meenakshi and God Siva and it is believed to be the place where they tied the knot. The golden lotus tank inside the temple adds feather to the hat of Meenakshi. Another exclusive feature of this temple is the thousand pillar hall and the musical pillars. Every nook and corner of this temple is so amazing and attractive. Don’t ever miss an opportunity to visit this dazzling temple.

Gandhi museum at Madurai flaunts all the priceless possessions of The father of our nation “Mahatma Ghandhi”. This museum also possesses many rare incredible photos of Independence era.

Alagar Koil is a temple dedicated to Lord Vishnu. It is situated at a distance of 21 km from Madurai, on foot of Alagar hills, amongst the natural beauty of the woods. The Vaishnavite temple is famous for its beautiful sculptures and exquisite ‘mandapams’. It is believed that pilgrims visited Azhgar Kovil even in the early days of the Sangam age.

Thirumalai Nayak palace is known for this grandeur and colossal structure. The massive pillars that adore the whole place is a great sight to behold. This enchanting palace was erected by the king Thirumalai Nayak in year 1636 AD.

Karaikudi,located on the Tiruchi-Rameswaran Highway, in the Sivagangai District takes it name from a plant called Karai in Tamil, which grows widely in and around the city. Kundrakudi Shanmuganathan Temple, Ariyakudi Thiruvengamudayan Temple and the Thirumayam Permual Temple are some prominent temples around the town. Karaikudi is famous for its collection of KANDANGI cotton sarees.

Kaanadukathan, is one of the best destinations to see the Chettinad Architecture. The streets of this town with houses built on a palatial scale are almost deserted. Each one of these houses are located on a large plot of land that spreads over 1.5 to 10 acres and has many as 1,000-1,500 windows consuming around 1500 tons of timber as wood work. Annamalai Chettiar’s Chettinad Palace built in 1912 [almost 113 years ago], is the best of its kind located in chettinad. The construction material, decorative items, and furnishings from East Asia and Europe ; Marble from Italy; Chandeliers and Teak from Myanmar; Crockery from Indonesia; Crystal and Wall-to-wall Mirrors from Europe find their presence in these palaces.

It is also called as Vandiyur Mariamman Teppakulam just 2 kms from Meenakshi Temple in the Town. There are Ghats on all four sides with 12 steps . It is said that, this pit was dug to fetch sand to build Thirumalai Nayakar Palace. The pit was later converted with brick work as a Holy tank and Thirumalai Nayakar Built the Vandiyur Mariamman Temple too on the northern side of the tank. In the middle of the tank there is a Mandapam called Maiya Mandapam [center Mandapam] with a small Ganesh Temple and a Garden. The Float Festival at Mariamman Teppkulam is one of the most colourful temple festival, annually held in the month of Thai [Jan-Feb] to mark the birth anniversary of King Thirumalai Nayak.Goddess Meenakshi and Lord Sundareswarar are seated on an illuminated Float [Theppam] colorfully decorated with flowers and the Theppam moves around the tank with the traditional musical treat in the background, watched by thousands of devotees.

It is a twin temple 80 Kms from Madurai. Srivilliputtur is a temple town and one of the 108 divyadesams of Lord Sri Vishnu. To the devotees and Vaishnavites, Srivilliputtur is synonymous with Lord Vishnu, Periyalwar, and Andal. It is an interesting place for enjoying the sculpture and ancient drawings in the temple. It gave – ‘Tiruppavai’ of Andal and ‘Tirupallandu’ of Periyalvar- the hymns on Lord Vishnu to Tamil Literature. These Tamil hymns – Tamil Vedam-Alwarpasurams- are recited every day at this temple. The state emblem of Tamil Nadu was designed on the basis of the gopura of this temple. 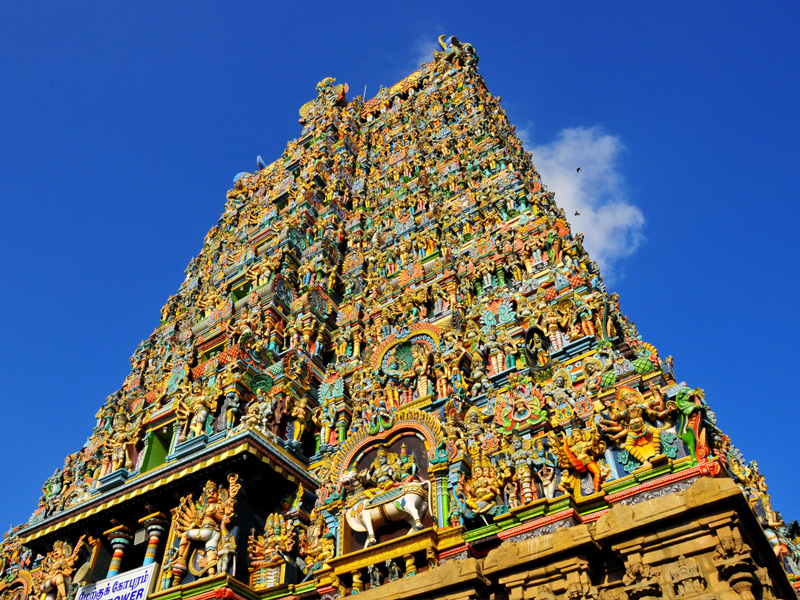 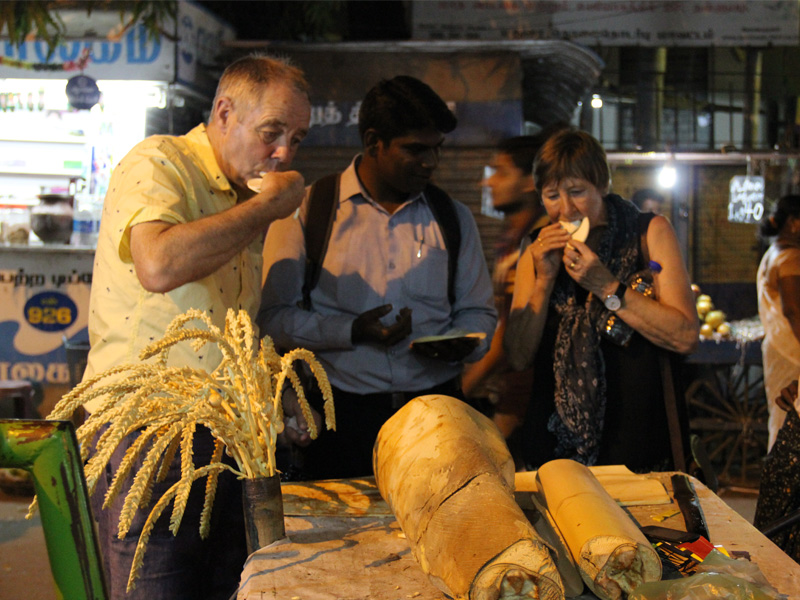 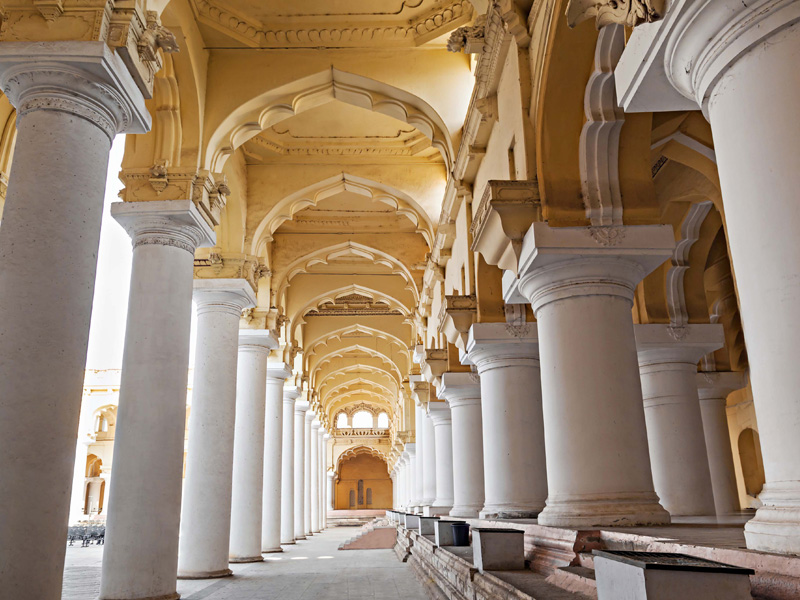