Best time to Visit Krishnagiri is between the months of November to March. As During this season the climate will be moderate. 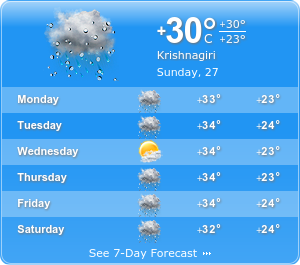