The Kolli Hills in Tamil Nadu exudes a distinct and an offbeat adventurous experience that enthralls the adventure seekers. Kolli Hills takes pride in possessing 70 breathtaking hairpin bends which make it a favourite destination of the motorbiking enthusiasts. 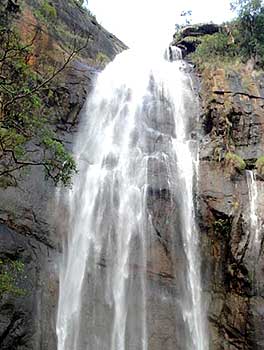 This hill station is known for being the untamed hub of biodiversity with its pristine natural environment. Placed at an altitude of 1300 meters above the sea level, the Kolli Hills attracts hundreds of trekkers as well as nature lovers all across the country. The climate is so soothing here that the temperature never rises above 30 degree Celsius or falls below 13 degree Celsius.

The chilling weather would relax your nerves making it a perfect escapade from the din and chaos of the city. The Kolli Hills houses two beautiful shrines called Ettukai Amman Temple and Arapaleeswarar Temple due to which it also acquired the status of a pilgrimage site. The view of the mesmerizing Agasagangai waterfalls from the Kolli Hills captivates everyone watching it.

The picturesque Kolli Hills of Tamil Nadu is blessed with a moderate climatic condition throughout the year and hence it can be visited all year round irrespective of the season. But the tourists can thoroughly enjoy their visit to Kolli Hills between the months of March to June.

Winters in Kolli Hills are relatively cold and soothing. Kolli Hills welcomes the winter season during the month of December and it lasts till February with temperature ranging between 13 degree Celsius to 18 degree Celsius. Unlike the summer season in other places, in Kolli Hills, the summers are not so humid which makes it favorable for sightseeing and outdoor activities. Monsoon knocks Kolli Hills between the months of June to October.

The waterfalls and streams will be in full glory during these months but there are chances of landslides. So be very careful while visiting Kolli Hills during the monsoon season.

Air Tiruchirappalli (Trichy) International Airport is the nearest airport to Kolli Hills which is situated at a distance of 112 Km.

By Rail Salem Junction Railway Station is the nearest railway station to Kolli Hills which is situated at a distance of 60.5 Km.

By Road Erumapatti Bus Station is the nearest bus station to Kolli Hills which is situated at a distance of 29.7 Km.