Built during the British colonization, St.Mary’s church located at Chennai, the capital city of the South Indian state Tamil Nadu, is the oldest edifice in the country adopting the British style of architecture. The chapel has been existing since 1680. This is one of the very few buildings built in a very short span of time opened for public usage. The interior of the church is decorated with innate paintings and intricate woodworks. 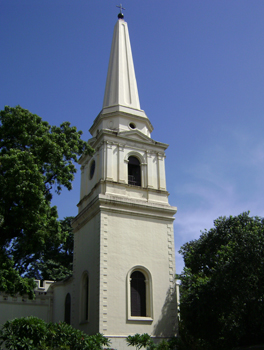 The massive building was constructed in less than two years. The church is acclaimed as “WestMinster Abbey of the East”. The church building has a bomb proof roof which helped as a barrack and granary during the political wars. The visitors are amazed to look at the intricately designed paintings. The altar and the two alleys are splendidly beautiful with the innate woodworks.

By Air - The nearest airport is Chennai airport and the distance is just 21KM.