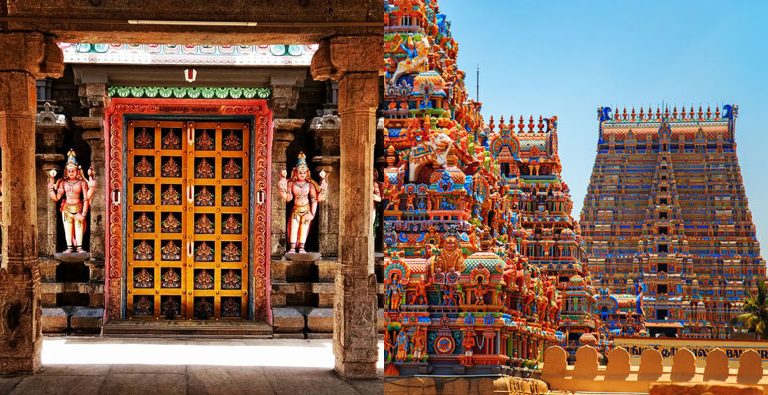 A Complete Guide About 2019-2020 Srirangam Vaikuntha Ekadashi With Dates

Plan to visit the world’s largest functioning Hindu temple in Tamil Nadu, the South Indian state of India during your trip to Tamil Nadu, acclaimed as Land of Temples.

Srirangam Sri Ranganathaswamy Temple in Tiruchirappalli district mentioned as the First of all the Divya Desams in the 6th-century Vaishnavite canon Naalayira Dhivya Prabhandham is the most revered sacred center visited at least once in their lifetime by everyone following Sri Vaishnavism.

Celebrating the grandest of all festivals, Vaikunta Ekadasi is much more significant. The Eleventh Day of Lunar Calendar of Tamil month Margazhi is considered as very auspicious when Lord Vishnu in every Vaishnavite temple comes out through the “Vaikunta Dwara” or “Door To Paradise”. This day generally falls during mid of December to January every year. Devotees sit on rigorous fasting throughout this day and worship Lord Vishnu to get his blessings in abundance.

Though Vaikunta Ekadashi is celebrated invariably in all Vishnu temples, Srirangam Sri Ranganathaswamy Temple deserves a special mention here. It is one of the Vishnu temples, celebrating festivals almost every day. Srirangam is revered as most sacred next to Vaikuntam, the celestial abode of Lord Vishnu. Srirangam is one of the popular temples visited by thousands of devotees and tourists from all corners of the country and globe, round the year.

Did You Know: Srirangam Sri Ranganathaswamy Temple is the largest functioning Hindu temple in the world and also honoured with UNESCO Award for Heritage Conservation

Srirangam Renganathaswamy temple in Trichy is acclaimed as Andhya Rangam, one of the Pancha Ranga Kshetrams, where the temple for Lord Renganathaswamy is on the banks of River Mighty Cauvery and the presiding deity is in the reclining posture. Out of the five temples in this list, first is the one in Srirengapatna in Karnataka and the other three are in Koviladi, Mayiladuthurai and Sirkazhi. Srirangam is an islet between the rivers Cauvery and Coleroon in Trichy and the massive temple receives universal admirations from people across all verticals for its elegant architecture.

There are Seven Prakaras or the precincts around the main sanctum of Srirangam temple. The presiding deity is in the reclining posture and there is a processional deity called Nam Perumal. There are large number of sub-shrines for different Gods and Goddesses inside the temple premise. The facade tower or the Rajagopuram on the southern side of Srirangam temple is the tallest temple tower in Asia measuring 236ft.

Vaikunta Ekadashi is the grandest festival celebrated in Srirangam Renganathaswamy temple. The festival is the most significant for many reasons. Most importantly, Nammalwar, one of the twelve saints in Sri Vaishnavism is believed to have attained salvation on this day and in commemoration of His devotion to God, the day is celebrated. Vaikunta Ekadashi falls on the eleventh day of the lunar calendar in Tamil month Margazhi, that is, between December and January in Gregorian calendar and this time, Vaikunta Ekadashi falls on 6th January 2020.

Weeks ahead of Vaikunta Ekadashi festival, the entire Srirangam wears a festive look. You can see the temple premises get gorgeously decorated with more influx of devotees from all parts of the country. Ten days before the actual date of Vaikunta Ekadasi, the festival actually commences with the series of elaborate poojas and rituals and the Pagal Pathu is the first ten days prior to Vaikunta Ekadasi day. On all these ten days, the hymns from Naalayira Dhivya Prabhandham will be enacted by a set of people called Arayars and the session is called as Arayar Sevai. Arayars are those designated to perform the dance drama in front of Nam Perumal and the rights to do so pass on through generations. A day prior to Vaikunta Ekadashi, Nam Perumal blesses His devotees in Mohini Alankaram.

On the day of Vaikunta Ekadashi, Lord Nam Perumal is taken on a procession with gorgeous decorations called “Rathnangi” and when he passes through the Door To Paradise on the Northern side of the temple, you can witness the huge roar from the lakhs of devotees worshipping Him, reverberating the entire temple premises. The Vaishnavism says, those who cross through the Door To Paradise on Vaikunta Ekadashi day gets relieved from the cycle of births and deaths and attain salvation.

Following this significant occasion, the same Arayar Sevai gets continued for the next ten days in the name of Ira Pathu, which takes place during night times, whereas the previous one is during day times.

With the 21 days of the celebrations, the festival of Vaikunta Ekadashi comes to an end. Devotees and travelers return to their natives with bundles of cherished memories.

It is a matter of pride that out of over 43 applications spanning ten countries that competed for the 2017 Unesco Asia-Pacific Awards for Cultural Heritage Conservation, the Sri Ranganathaswamy Temple is the only religious centre in the whole of South India to bag the award in 2017.

By Air: Tiruchirapalli International Airport is the nearest airport at a distance of about 15Km. From Trichy airport hire a Taxi to reach Srirangam temple.

By Road: Srirangam Ranganathaswamy Temple in Trichy is well connected with roads to all major cities like Chennai, Madurai, Coimbatore, Kanyakumari, Bangalore, Tirupati, Trivandrum, etc. Frequent Transport buses are available daily from these cities to Srirangam.

Tamilnadu Tourism offers you the best Tamilnadu Temple Tour packages and customized tour packages for you to discover the cultural heritage of Tamilnadu.