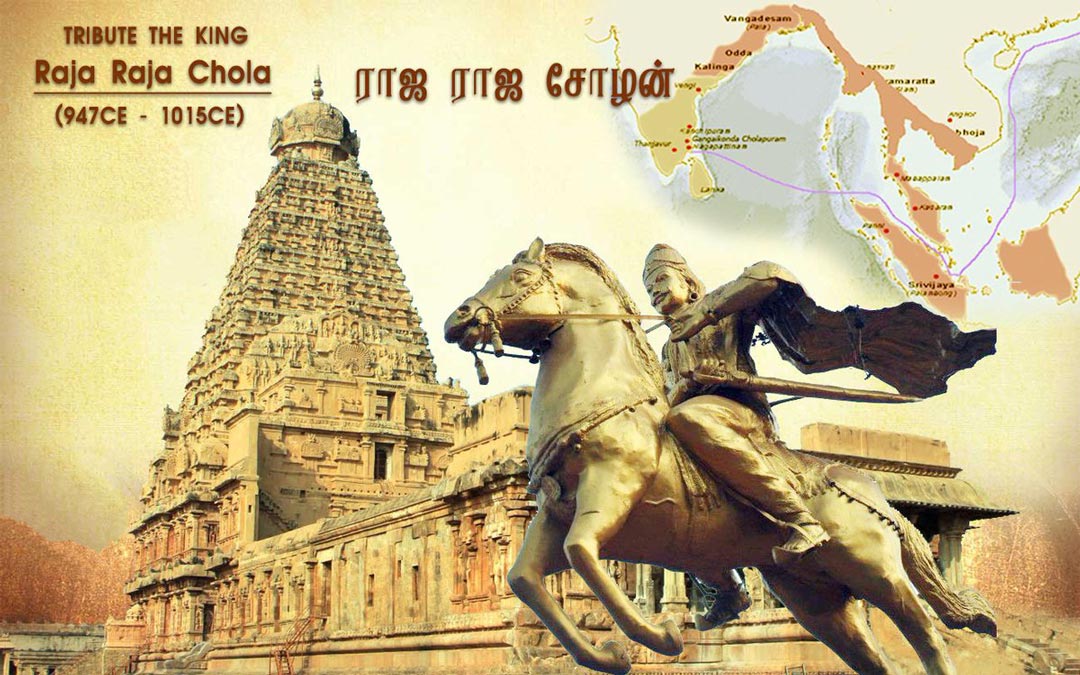 Throughout history, there has been only handful of people admired as the Emperors who had earned the true love of their citizens across generations. King Raja Raja Chola I is one such rarest of rulers in South India who is still remembered even after thousand years of his reign. 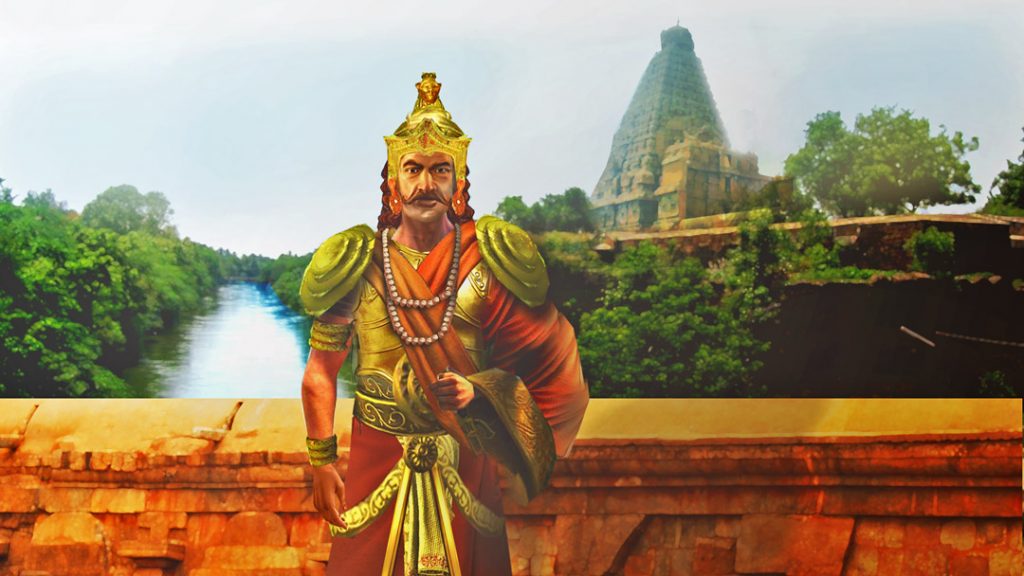 The regions along the bank of River Cauvery is the Chola base from where the rulers of the great Chola Dynasty emerged and established the great kingdom who have left their footprints strongly in the history in the form of temples, reformation systems and even the life styles of
the people in that region. Historians record that the parts of South India had
witnessed tremendous advancement across all verticals during the rule of
Ancient, Medieval and Later Chola Dynasties. Large number of temples, excellent
water management systems, advanced irrigation techniques, infrastructure like road and buildings and mainly preserving, maintaining and improving of the ancient art forms are the milestones of the Chola Kingdom. Out of all the
Kings, Raja Raja Chola is the successor in the Game of Thrones who has won the
hearts of his citizens and also kept expanding his territories. 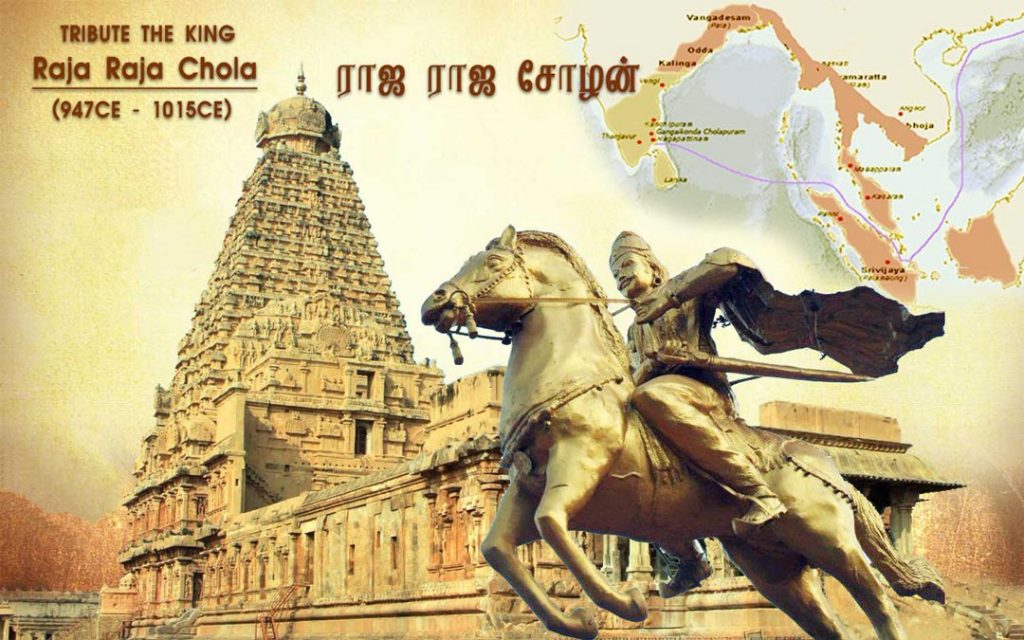 The most significant achievement of Raja Raja Chola is the Big Temple situated at Tanjore, which was the then capital of Chol Kingdom. The fabulous architecture of the temple makes everyone awestruck with its grandeur and it is an engineering miracle that the structure has crossed all the vagaries of time over one thousand years and still standing as a testimony to the craftsmanship of the yesteryears. For the unrivalled architectural elegance, the temple has been acclaimed as Great Living Chola Temple and is listed under the World Heritage Monuments.

The huge linga idol, the monolithic statue of the huge bull facing the sanctum, the monolithic stone weighing eighty tonnes placed atop the tower, vast precincts altogether acclaim this temple as Big Temple, as everything in this temple premise is so magnificent that it is beyond the
perceptions of any common man.

King Raja Raja Chola I have other names called Arunmozhivarman and Ponniyin Selvan. With the able guidance of his elder sister Kundhavai, he was keen to bring in more and more advancements to his country. The naval base of Raja Raja Chola was so astonishing that no one could even imagine such things centuries ago and with the naval force, he was consistently conquering the nearby regions. The epitome of his victories was that he established his kingdom in Sri Lanka. With the philanthropic attitude, Raja Raja was fair enough to all the religions though he was an ardent devotee of Lord Shiva. 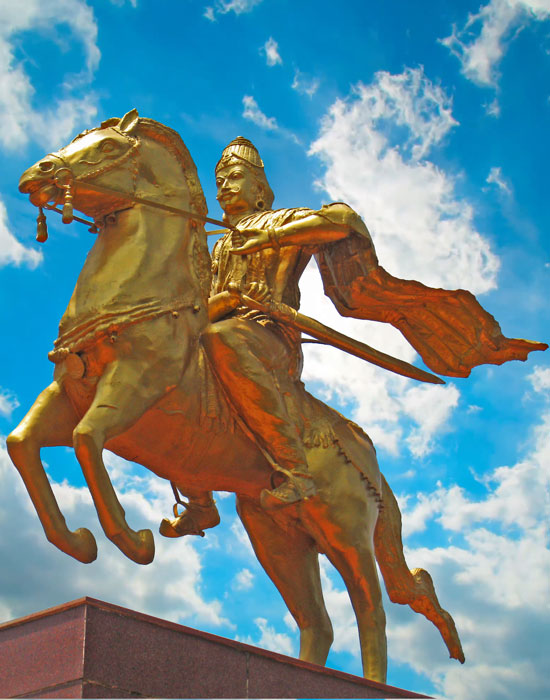 There were many temples for Lord Vishnu and monasteries or stupas for Buddhism built during his period and he was very passionate to impose the communal harmony among his citizens using spirituality as the best avenue.

The life of King Raja Raja Chola was with full of glowing victories and unbelievable achievements. On the contrary, the ending
episode of his life is still a mystery that his cemetery is believed to be an
unfinished structure without any proper maintenances. It is so disheartening that the final resting place of such a phenomenol icon of South India is in such an unattended condition, needs some reforming, of course. 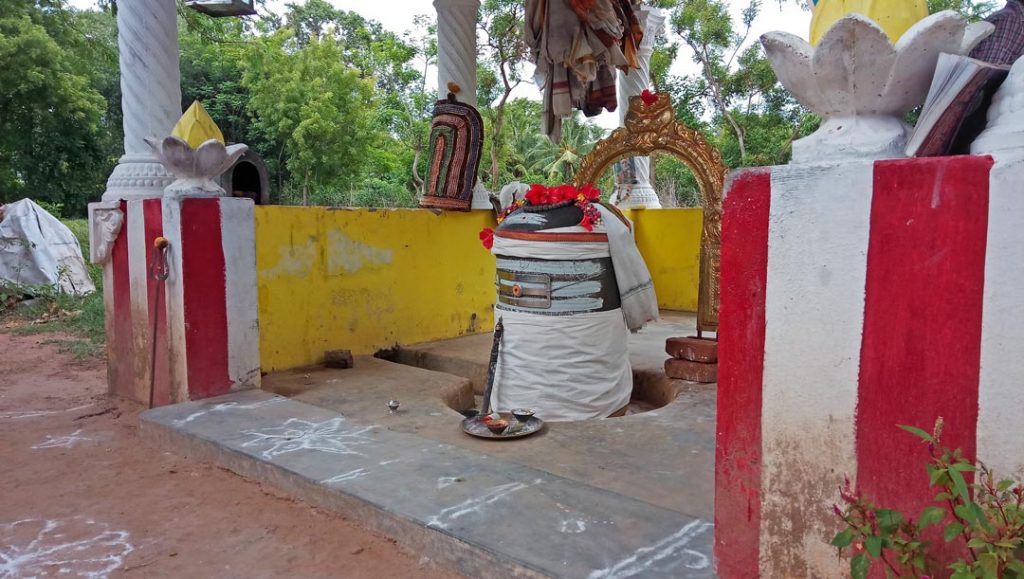 His resting place is in a small village called Udayalur near Kumbakonam in the South Indian state Tamil Nadu. The village seems to be a less explored region and there have been different versions from historians about Udayalur and also the King Raja Raja.

Visit the Chola region on the banks of Cauvery, visit Big Temple and Udayalur village, the real tribute to the Great King ever found in the hearts of Tamil People!

Follow us, to know more updates and details about the great king Raja Raja Cholan’s memorial place and his majestic victories.

One thought on “About Raja Raja Cholan”