Madras Day – Celebrate the History and Heritage of Madras 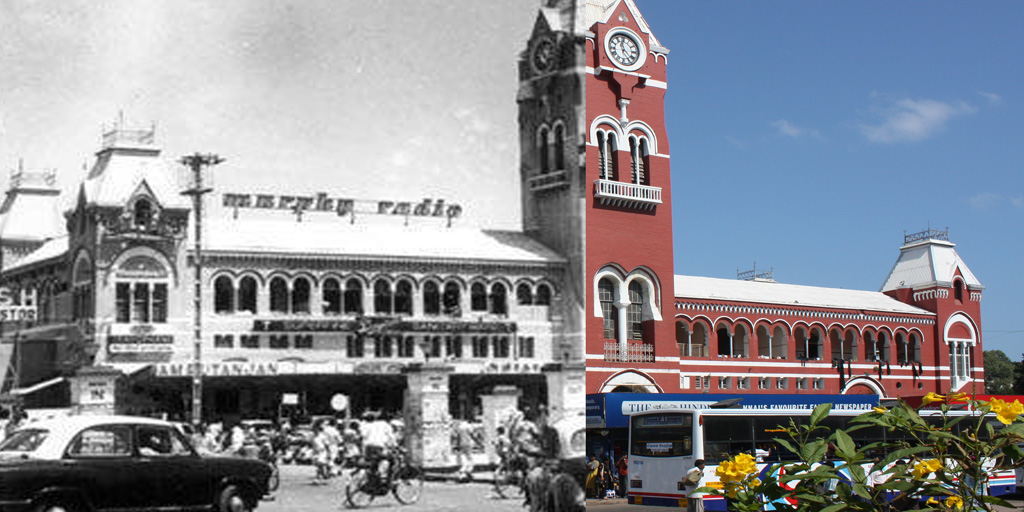 Madras Day – Celebrate the History and Heritage of Madras

Madras Day – Celebrate the History and Heritage of Madras. 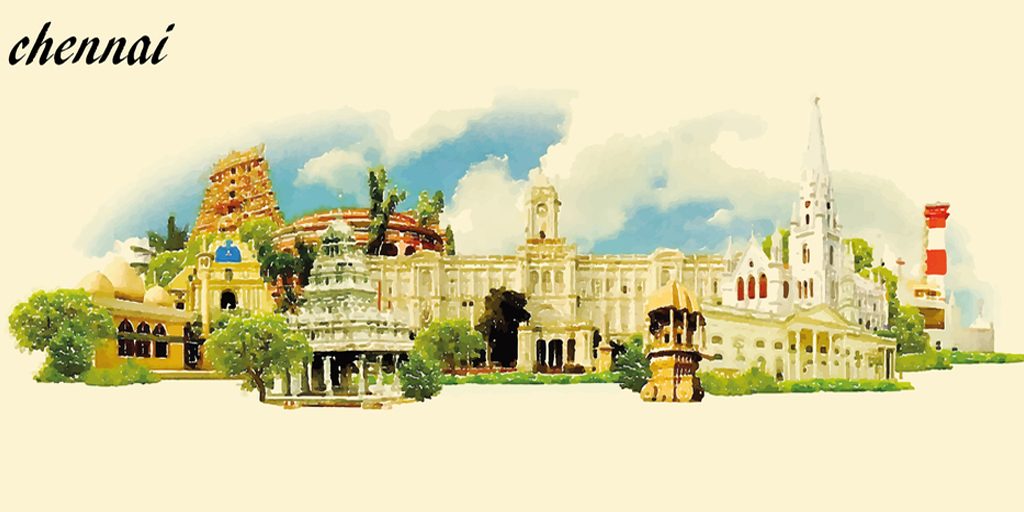 The capital city of Tamil Nadu is going to celebrate its 380th birthday on August 22nd of 2019. Madras was purchased in 1639 by British East India Company from the Vijayanagara Empire, Damarla Venkatri Nayaka. To celebrate one of the greatest cities of India, Chennai-based journalist, Vincent D’Souza suggested a plan to S. Muthiah, the historian in a meeting between the trustees of the Heritage Foundation. From lectures about the past and present of Madras to quiz competition for kids, and Heritage Walks for everyone, Madras Day is celebrated since 2004 in an effective and informative manner. When it comes to heritage values, prominent places of the yesteryears and zones of historical importance need to be preserved. Thereby, we carry the spirit of independence and our past to the next generation. They would not only learn from the past, but they would also be ready to tackle the future problems of this affable city. Here are a few interesting past and present comparison to excite the lovers of Chennai and the forever young souls of Madras. 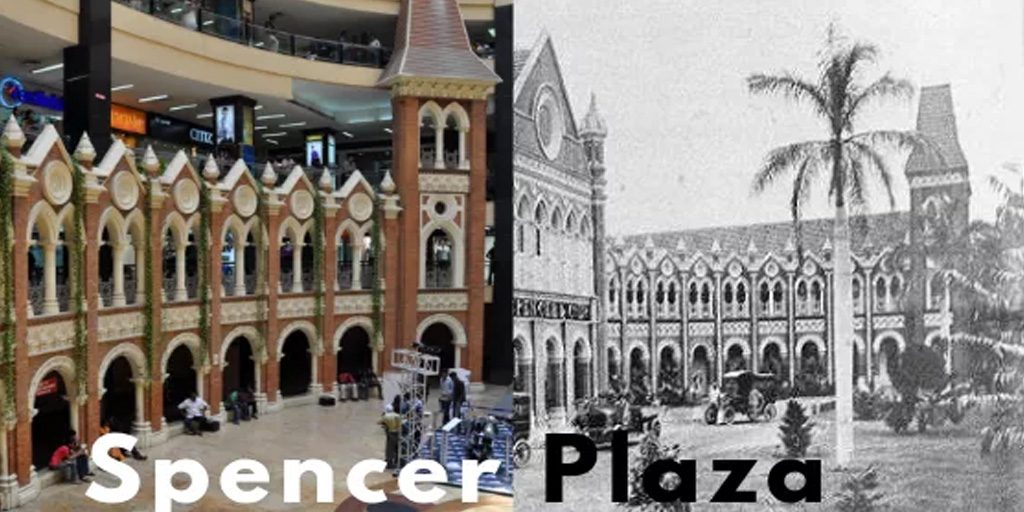 Regarded as the oldest shopping mall in India, Spencer Plaza was built in 1863 and the earliest Grade A projects of Madras. Once, the place for shopping beautiful souvenirs, however, a few NRIs still hit this shop for the heritage values and the history it holds. This building has two entrances, one from Anna Salai and another from Binny Road. The present site was constructed by W.N. Pogson in 1983 after a major fire accident. 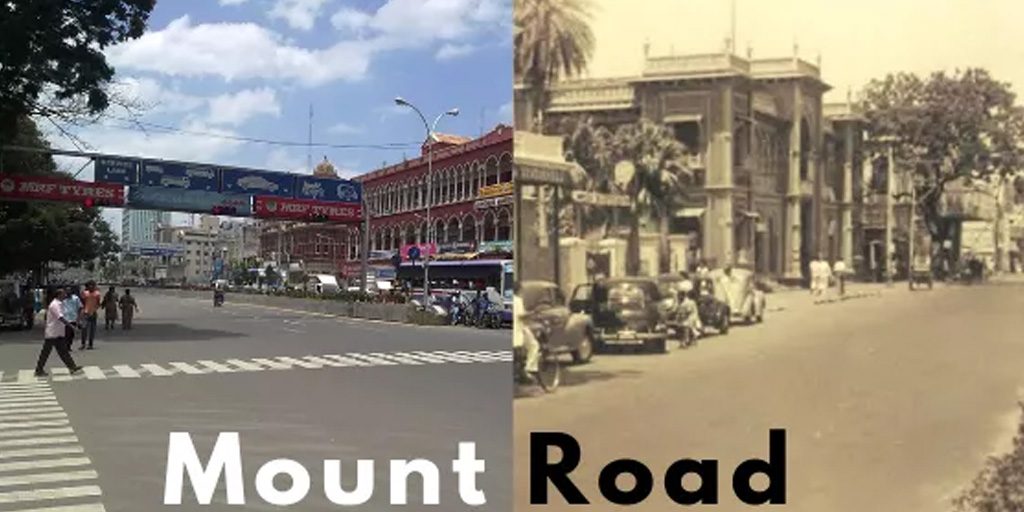 This Arterial roadway is called Anna Salai now. It traverses through St. Thomas Mount and winds up at Kathipara Junction in Guindy starting from Fort St. George. This happening road is more than 400 years old and is the second-longest roadway next to Poonamallee Highway. This road stretches a whopping 11 km and can be regarded as the heartbeat of Chennai since Madras 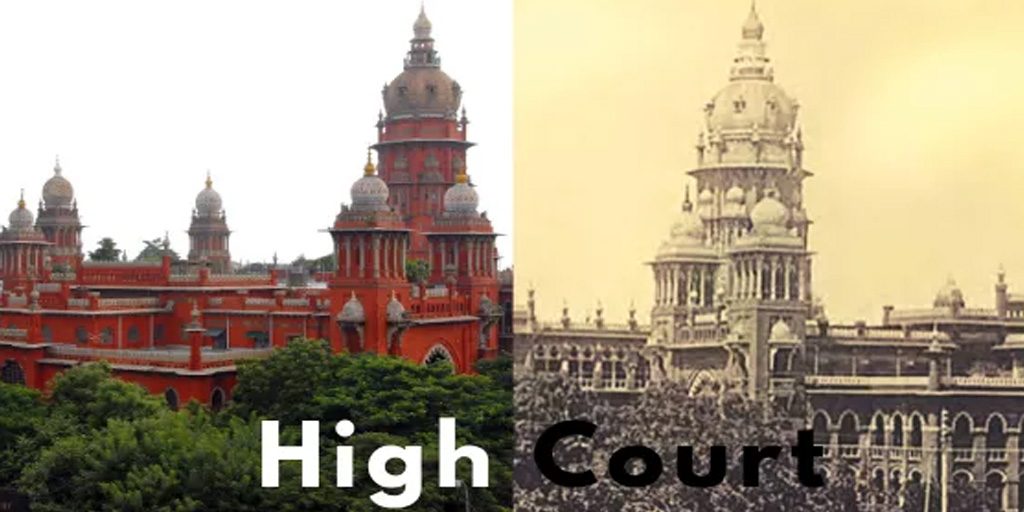 One of the three high courts established in the Presidency Towns of Bombay, Calcutta, and Madras. These courts had been established on approval of Queen Victoria in 1862. This justice corridor remains as one of the largest in the planet next to Supreme Court of the United Kingdom, London. On July 5, 2016, Madras High Court became Chennai High Court based on the decision by the cabinet. The place is the origin of organized legal reporting in India. 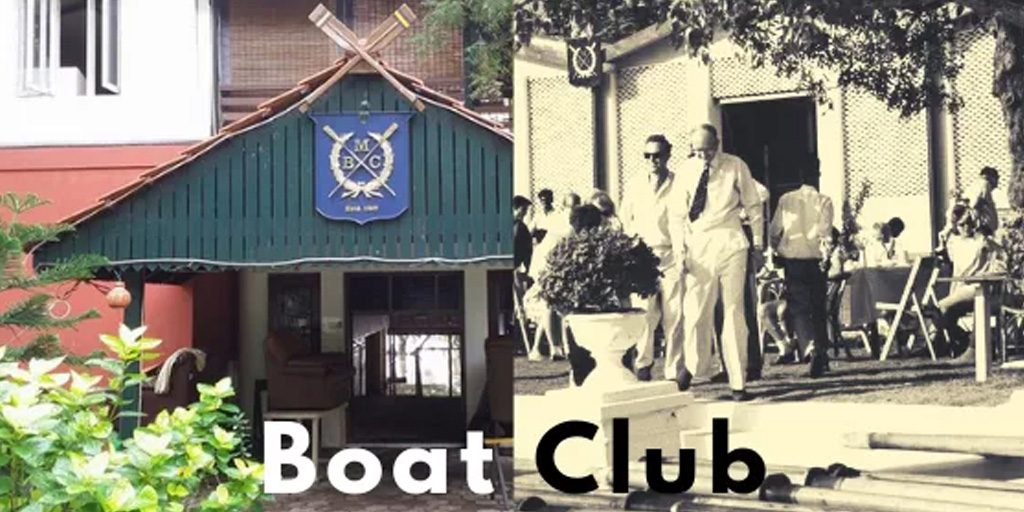 The gathering of elite people in the one of the oldest rowing clubs of India had started in 1867. As a famous maritime activity, MBC was found by the Britishers, reverberating their royal decorum in the Madras presidency. During World War, all three regattas, Cold Weather, Hot Weather, and Monsoon saw a major dip. The post-world war period saw a massive improvement due to the entry of youngsters. Even today, this prestigious club is an active ground for passionate rowers. 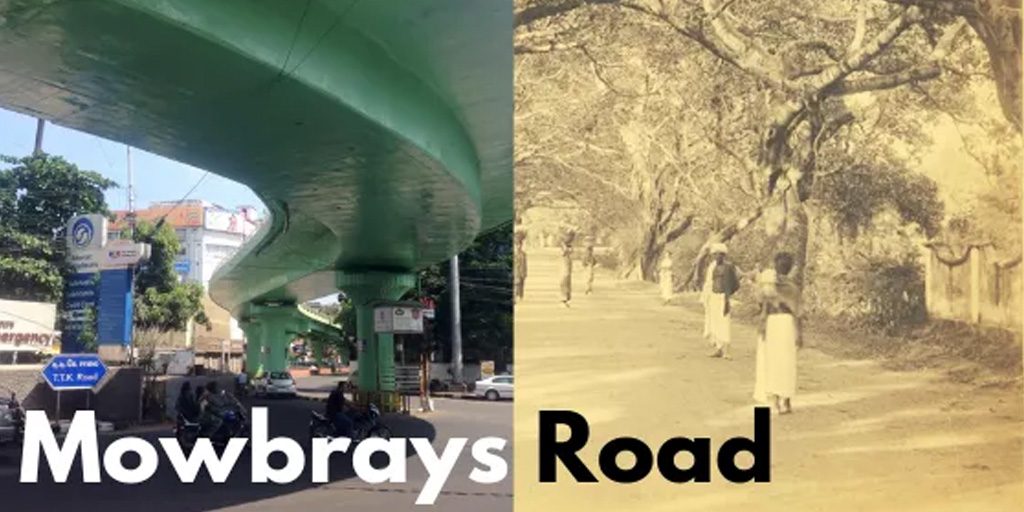 Known today as the TTK Road in Alwarpet, Mowbrays road was named after George Mowbrays who owned the first garden in Madras. The 105 acres-wide colonial Bungalow became Adyar Club in 1890 and went to the Hands of Madras Club in 1963. TTK Road means Thiruvallur Thattai Krishnamachari Road. An important music academy, art gallery, and marriage halls surround this road. This place is parallel to the road hosting the famous Madras Cafe which is in operation from 1968. 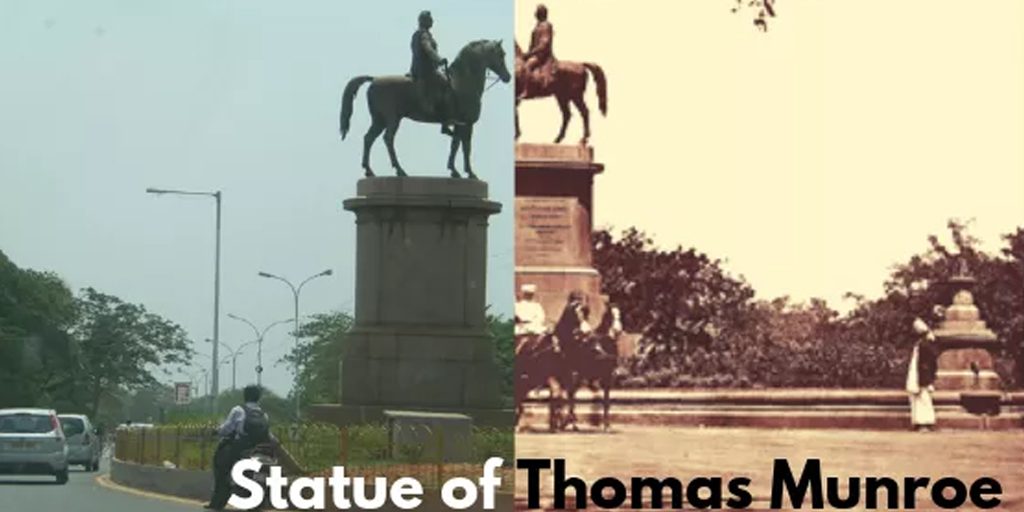 One of the respected and loved British East India Company Official, Thomas Munroe. He sits relaxedly on the horse in the scantiest part of Mount Road, Chennai. The man who farmers loved and treasured for his Land Settlement (Ryotwari System) rule. The statue has been there in good condition from October 23, 1839. A perfect place for evening strolls amidst glory and halcyons of the past. 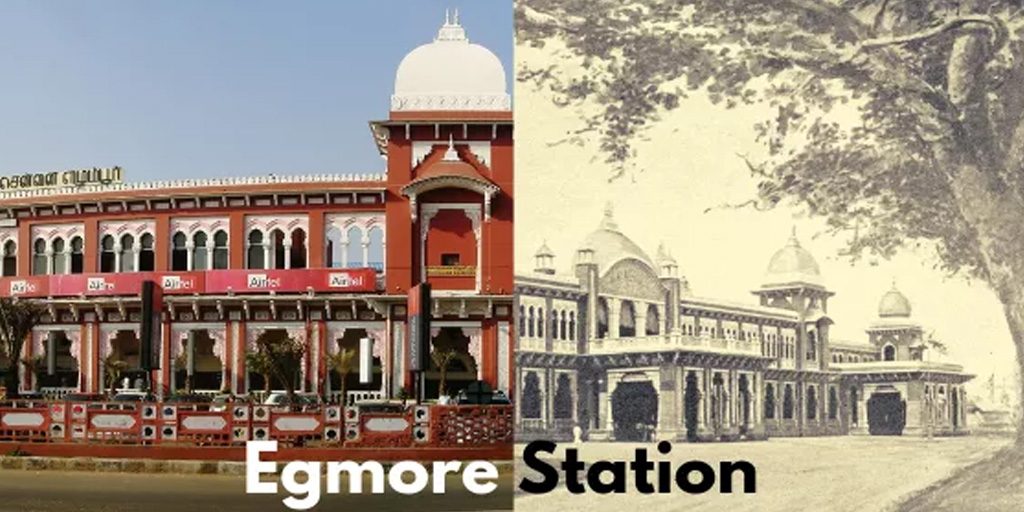 One major contributor for maintaining the aura of this bustling and hustling city. Egmore Railway Station was once the ammunition depot of the Britishers. The previous name of this place was Egmore Redoubt. This Gothic-style building was constructed between 1906-1908 in Chennai. The Redoubt Road later came to be known as Gandhi-Irwin Road after the Gandhi-Irwin pact of 1931. 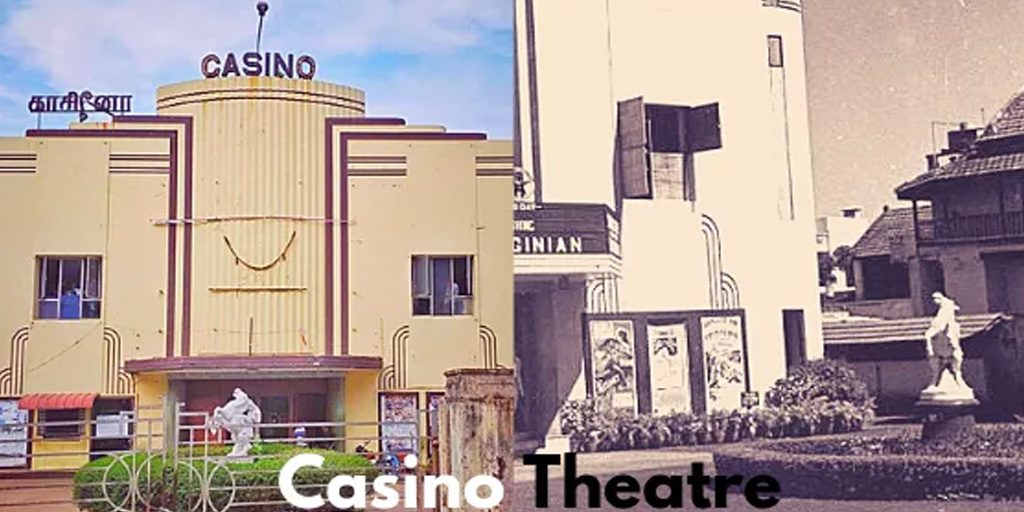 Bullock Carts have once flooded this region from Fort St. George to Fort St. Thomas. The prominent location for the elite film buffs too. This renowned theatre was only filming English movies and one of the first movie halls of Madras. Although the old charm is missing, it is an actively functioning entertainment square in Chintadripet, Mount Road. 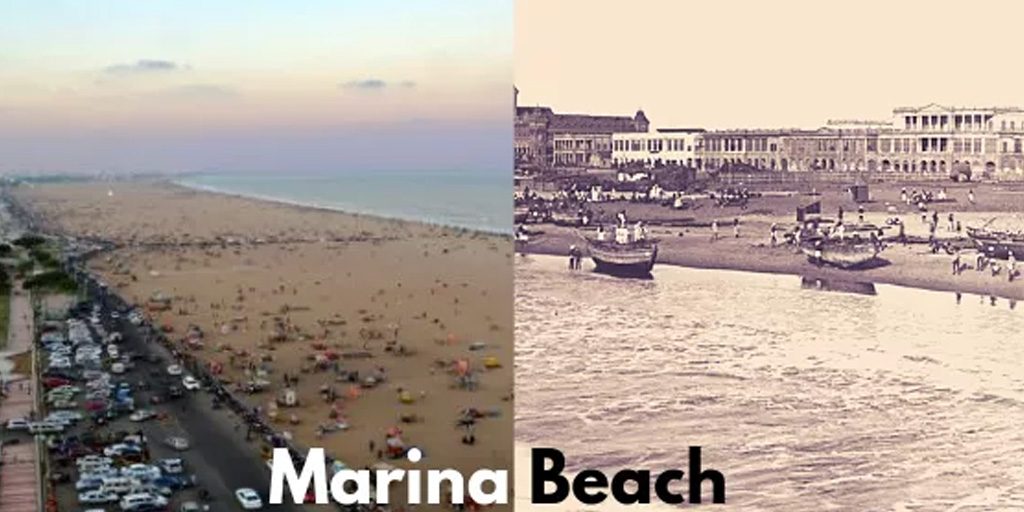 The second longest beach in the world was once splashing water on to Fort St. George while it was constructed in 1640. “Marina” means a peculiar harbor and it was named by the British official – Mountstuart Elphinstone Grant Duff. The reason for the Indo-Saracenic style buildings close to this Beach. The Ice House built in 1842 was renamed as Vivekananda House in 1863. 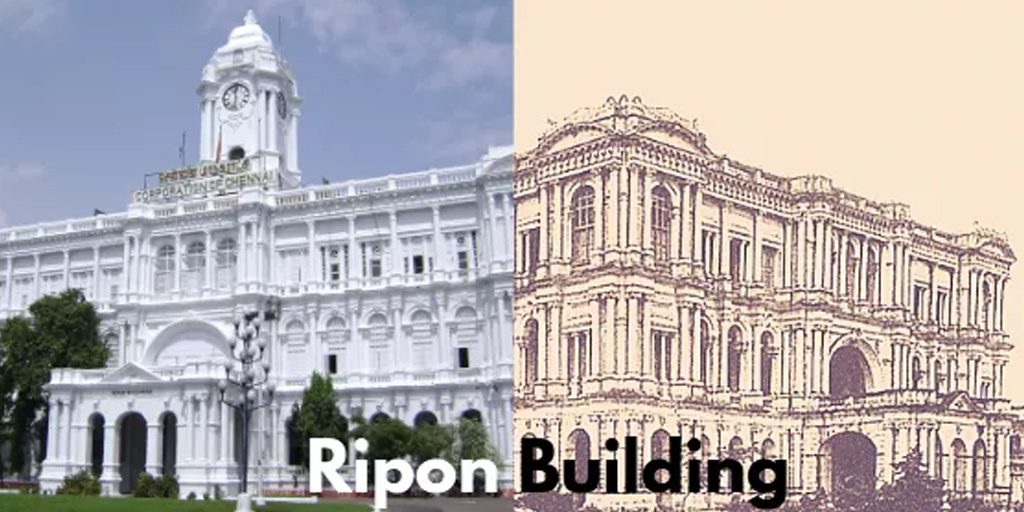 The all-white Madras Corporation building was constructed in a neoclassical style with its own pond. But, the development of Metro Transport hides the old charm of this building. The majestic building was named after Lord Ripon, the father of the local self-government. This rectangular-shaped beauty was recently renovated in 2012 and it is close to Central Railway Station.

The value of a place is not only remembered by the types of monuments present and the number of UNESCO Heritage sites but through its people and their love toward other people. Everyone has their own hometown but Chennai is the single sweet home for everyone. The place has some sort of magic associated with it that will make people land in their dream jobs, find their life partners, support one’s family, and even create history. Some call it Madras, some call it Chennai but the whole nation knows the worth of the capital city of Tamil Nadu. From emerging actors to demi-god heroes, from famous sports personalities to powerful politicians, this place never lets anyone lose hope. If one puts belief in this place, be it Madras or Chennai, it replicates success in umpteen number of ways.

Celebrate the 380th birthday of Madras in the Chennai way. The glaring past of Madras is still living in its monuments, temples, buildings, statues, roads, and energetic people. When life gives you Chennai, make triumphs out of it. This is a memorable event to rethink the lost vibes of the busy yet beautiful city. Hope, this post makes people of Historic Madras and Happening Chennai smile and soak in nostalgia for days.

Visit Chennai and plan a trip to explore the historical monuments, temples, beaches, cultural sites and many more sightseeing places in Chennai and other places with Tamilnadu Tourism Travel’s best customized tour packages.